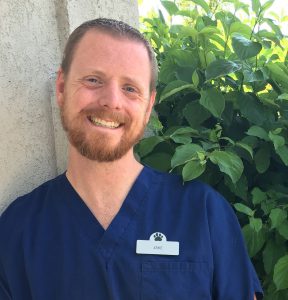 Jake joined the PVH team in August of 2016. He is new to Nevada, having lived in Denver for 9 years and previously attended the University of Rhode Island, earning a bachelor’s degree in Wildlife Biology. He is an Air Force Brat and has lived and traveled all over the world, keeping an active and adventurous lifestyle. Though a nerd for movies, video games, and comics, Jake maintains an interest in animal related fields.

He lives at home with his girlfriend and their two babies, daughter Charlie and Australian shepherd Nyssa.