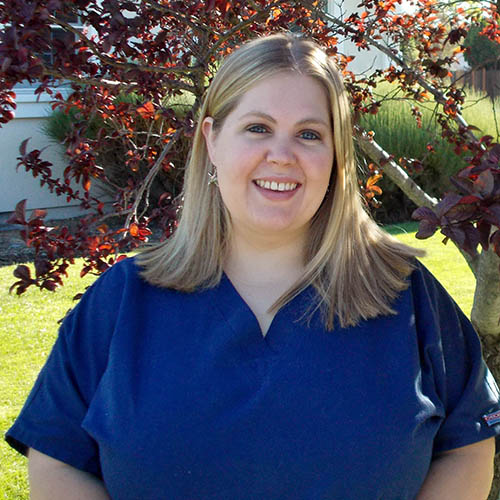 She moved here from Denver, Colorado and is a huge Denver Broncos fan. She has a playful cat named Kirk, as in Captain Kirk because she loves Star Trek so much, she also has a Border Collie named Raxacoricofallapatorius, Rax for short! She hopes to one day have an Irish Wolfhound.

She graduated from TMCC’s Veterinary Technology program in 2016 and received her license shortly after.