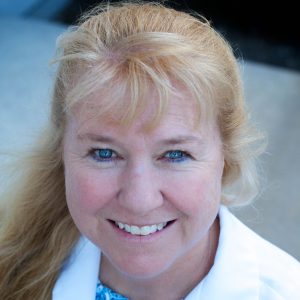 Dr. Maker began practicing veterinary medicine in 1989 at Pyramid Veterinary Hospital, where she became a partner.

Her interests include dermatology and reptile medicine. She has two daughters, two dogs, and four silcata tortoises.

She has a goal of traveling to a new place every year and has discovered that there is beauty and goodness everywhere, one only has to look for it.

Dr. Maker is one of TWO of our doctors that sees reptiles!